Service of Documents under Hague Convention 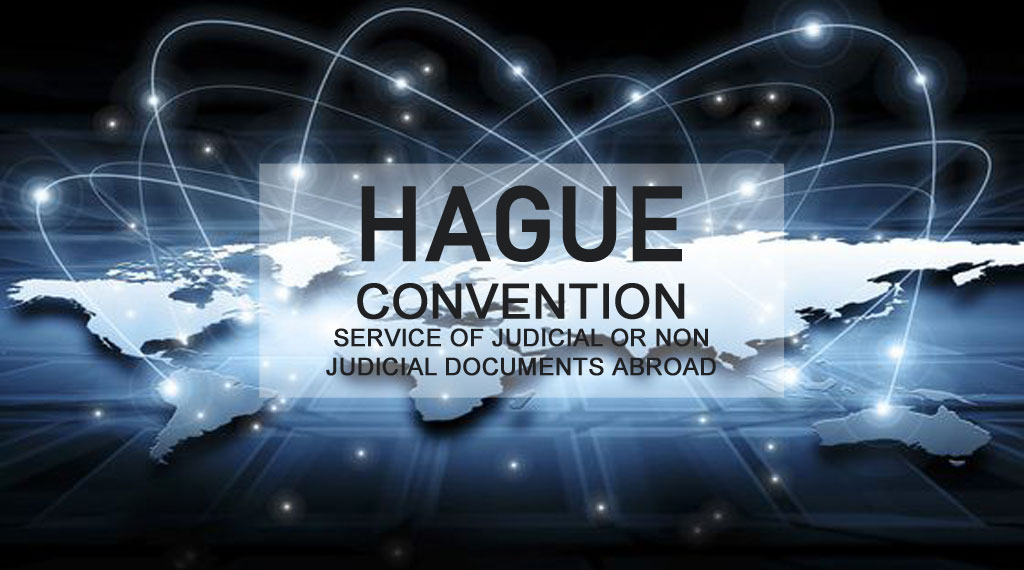 Process of Service of Legal Documents in India under Hague Convention

India became signatory to the Convention of 15 November 1965 on the Service Abroad of Judicial and Extrajudicial Documents in Civil or Commercial Matters, also called the Hague Service Convention, on November 23, 2006, and its provisions entered into force on August 1, 2007.

(For general background on processes and the methods of service available under the Hague Service Convention, please click here.)

US attorneys seeking service in India would be wise to familiarize themselves with the mandatory character of the Convention as set forth in Volkswagenwerk A.G. v. Schlunk, 486 U.S. 694 (1988).

Canadian attorneys should consult provincial precedent — Canadian courts take a more nuanced view of the Convention, but effectively reach the same conclusion: its limitations must be observed. Regardless of forum court requirements, the service rules of the receiving country must be observed, or enforcement of a judgment may become impossible.

Only Article 5 channels are available to US litigants serving process in India. As such, requests must be directed to the Indian Central Authority, which functions extremely slowly. The Central Authority is usually quite backlogged, and Hague requests might not be processed for months. Accordingly, US litigants should expect at least a six- to nine-month delay (and occasionally more than a full year) for service of process through the standard Central Authority procedure.

To expedite service, Legal Language Services maintains a network of Indian attorneys who are adept at facilitating Hague service of process within the Article 5 framework more quickly than if litigants rely solely on the Central Authority. This procedure is more costly, but time-saving. Translation Requirements for Serving Process in India.

India has the distinction of being the most linguistically diverse country in the world. Its residents speak more than 150 languages. As a former British colony, India includes English as an official language, along with 14 other languages.

Documents from the US need not be translated to effect valid service under Indian law, although proof of service from the Central Authority is usually returned in Hindi (and often handwritten). To be accepted in US courts, the proof must itself be translated.

Note that in all cases documents to be served must reasonably be understood by the defendant in order to fulfill US Due Process requirements. Even though India may not require translation into Hindi, Urdu, or any of its other official languages, the forum court may if the defendant does not speak English.

The Central Authority for India is:
The Ministry of Law and Justice
Department of Legal Affairs
Room No 439A, 4th Floor
A-Wing, Shastri Bhawan,
New Delhi-110001
India

India objects to all forms of alternative service under Article 10. As such, service may only be effected under the Central Authority channel outlined in Article 5.

What are the advantages of Serving under the Hague Convention?

What are the Disadvantages of Serving under the Hague Conventions?

It takes a longer time to serve under the Hague Convention procedure which is formal and time consuming.

What are the conditions of serving under the Hague Convention in India?

All the requirements of the Hague Convention must be met while serving the documents, complaints, summons / subpoena in all Civil matters, including Matrimonial, Divorce, Custody, family law and others; Commercial & Corporate Matters. In addition, the special requirements declared by India must be met. The declarations to the Hague Service Convention made by India include the following conditions:

What are the types of cases where Service under the Hague Convention is required?

How long it takes to Serve under the Hague Convention?

Generally, it takes longer to serve under the Hague Convention in India.